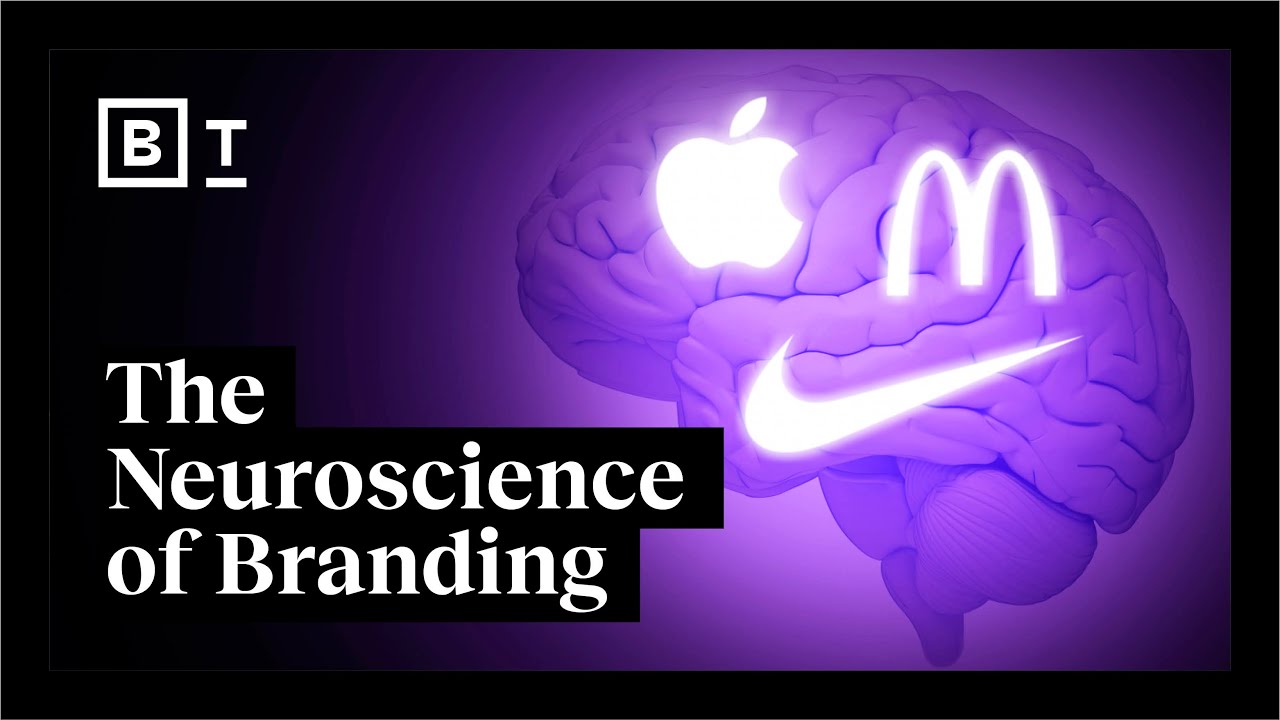 “We love to think of ourselves as rational. That’s not how it works,” says UPenn professor Americus Reed II about our habits (both conscious and subconscious) of paying more for items based primarily on the brand name. Effective marketing causes the consumer to link brands like Apple and Nike with their own identity, and that strong attachment goes deeper than receipts.

Using MRI, professor and neuroscientist Michael Platt and his team were able to see this at play. When reacting to good or bad news about the brand, Samsung users didn’t have positive or negative brain responses, yet they did have “reverse empathy” for bad news about Apple. Meanwhile, Apple users showed a “brain empathy response for Apple that was exactly what you’d see in the way you would respond to somebody in your family.”
———————————————————————————-
TRANSCRIPT:

NARRATOR: Coke is just soda. Tylenol is just acetaminophen. And Levi’s are just jeans. Yet consumers go out of their way to select these specific brands over others.

AMERICUS REED II: An economist would say,”How is this possible, that a rational consumer would be willing to pay more for exactly the same thing?” We love to think about ourselves as rational. That’s not how it works.

A very famous study done by colleagues at Duke University flashed either the Apple logo or the IBM logo to two randomized groups of participants.

NARRATOR: The study found that after being subliminally exposed to the Apple logo, compared to when you’d been exposed to the IBM logo, participants performed better on creative tasks.

AMERICUS REED II: And the argument is that Apple has been telling you this story over and over again, that Apple is the brand for hip, cool, fun, creative people.

NARRATOR: This is the true power of brands. They can influence our behavior in ways that extend way beyond the point of sale. So to what degree can the influence of brands wreak havoc on our ability to make rational spending decisions? This is your brain on money.

This is Americus Reed. He studies identity and marketing at the University of Pennsylvania.

AMERICUS REED II: When I make choices about different brands, I’m choosing to create an identity. When I put that shirt on, when I put those shoes on, those jeans, that hat, someone is going to form an impression about what I’m about. So if I’m choosing Nike over Under Armour, I’m choosing a kind of different way to express affiliation with sport.

The Nike thing is about performance. The Under Armour thing is about the underdog. I have to choose which of these different conceptual pathways is most consistent with where I am in my life.

AMERICUS REED II: And it’s really interesting because they will also, if someone talks bad about that product, brand, or service, they will be the first to go out and defend. Why? Because an attack on the brand is an attack on themselves.

NARRATOR: Michael Platt is a professor of neuroscience, marketing, and psychology whose research demonstrates how our perception of brands influences our decisions.

MICHAEL PLATT: There’s an idea in marketing, which is that we relate to brands in the same way we relate to people. It’s like, “I love this brand,” or, “I hate this brand.” Of course, what people say can often be different from what’s really going on in their heads.

So we thought, “Well, why don’t we just ask the brain directly?”

NARRATOR: Michael and his team observed the brains of iPhone users and Samsung Galaxy users with an MRI machine while they heard good, bad, and neutral news about Apple and Samsung.

MICHAEL PLATT: Apple customers showed a brain empathy response toward Apple that was exactly what you’d see in the way you would respond to somebody in your own family.

NARRATOR: Strangely, Samsung users didn’t have any positive or negative responses when good or bad news was released about their brand. The only evidence that Samsung users showed was reverse empathy for Apple news. Meaning if the Apple headline was negative, their brain reflected a positive response.

MICHAEL PLATT: You know, it really shows us that Apple has completely defined the market here. Samsung customers, it seems, from their brain data, are only buying Samsung…